We arrived back in England on Saturday.  Last undocumented days included a cliff walk, lunch at a restaurant on the South coast at La Gouffre called Cafe D’Escalier.  This used be called the Hollows and then served Greek food.  Now it served an adventurous Fest menu.  Some of the items were good, and the others were so so.  Choose well and you will be rewarded.  After lunch we walker back to Vazon Bay arriving just as it was getting dark.

Saturday a walk to Cobo bay, and then a final lunch at La Grande Mare. 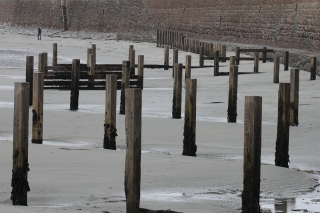