A few pictures taken around our birdfeeders, not birds who feed on our food, but rather birds who feed on the birds feeding on the feeders.  So there is a Kestrel, and a regular visitor, a Sparrowhawk.  Last year we were sitting in the garden when the Sparrowhawk struck and removed one feeding bird.  There was silence for a few minutes when all others disappeared.  They soon forgot and were back out.  This Sparrowhawk regularly comes and sits on the bird feeders, but had been rather camera shy.

The Redwing and Fieldfare were photographed in out field.  There can be flocks of 40 – 50 at a time.

Rosemary and I, along with a few others, had a tour of the BBOWT wetlands nature reserve at Gallows Bridge.  This is one wetland reserve of many they own on the Upper River Ray.  Gallows Bridge has the Tetchwick Brook flowing through it which is a tributary of the Ray, joining the Ray at Three Way Meadows.  Tetchwick Brook should be well known to readers of this blog, as the river (stream, ditch) over which we have a tug of war over.

The morning was misty, not ideal for photography.  The warden explained the type of management the reserve received, and why.  Interestingly we heard how some of the land had been ploughed years ago with a technique called ridge and furrow which causes long ridges to form in the fields which remain today and are now protected.  Many of the nesting wetland birds are predated by animals, mink and fox being the main culprits.  An effort is made before the breeding season to trap and kill the mink, and reduce the number of foxes in the area.  The trap at this time of year contained a mud pad which was used to estimate the number of river mammals living in the area. Paw prints of Mink and Otter could be seen.

BBOWT had been creating a number of ponds and scrapes to keep water on the site over the summer season, providing feeding areas for Snipe, Lapwing and Curlew . Grass has to be managed in several ways allowing for short and long grass to suit different species of bird.  The reserve is also a habitat for Short Eared Owls, Barn Owls, Hobby and Kingfishers.   After the tour we stayed in the hides for a while in the hope of seeing the Kingfisher.  Alas we didn’t, just saw a few LBJs. 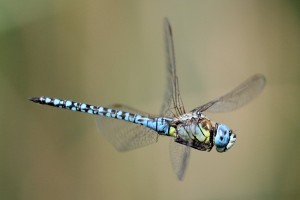 We arrived back from a lovely holiday in Bulgaria, dragonfly spotting.  We travelled around the country with a small group, mainly in the South of Bulgaria staying in a new hotel each night.  The tour was operated by Nature Trek, a specialist wild life tour company using experts in the chosen subject.  There will be an update to the site when I have filtered through the thousands of pictures I have taken.  We managed 47 or so species of dragonflies, that leaves 7,000+ in the world to go.  Bird life and plant life were similarly fabulous in the country. 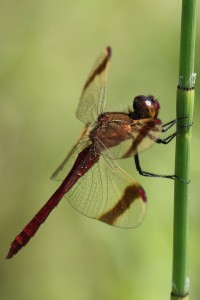 For a taster I have included a couple of Dragonflies, one obliging Dragon who flew around for quite a while allowing us to practice flight shots.

The final two days were spent in Sofia drinking cocktails next to the president’s offices, watching the presidential cars coming and going, the armed security guards, and the beautiful ladies in the bar.

Christmas is over, with the real Boxing Day nearing the end. Family has left and Rosemary and I are left alone to eat our turkey and bread sauce sandwiches. This Christmas has been a white one with snow on the fields, and -10C frosts and hot wood burners toasting our toes. Friends in the pub to share a pint or two, Selina and Phil to share a turkey with. Alas did not manage to persuade Selina to run to the village shop. Yes, an evil plan hatched by her parents, the shop does not open on Boxing Day.

Here are a few pictures for you, I have even take a departure from the norm and condescended to include some people in one or two shots. 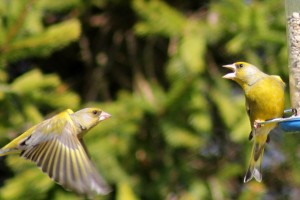 Greenfinch at the feeder

Trying out some action shots with my new Canon EOS 550 on the local bird population.  (Feathered variety alas.)  One wonders with all those extra pixels whether a new pro lens is in order.  Looks like I will have to keep on working a while.

Some more wildlife at the local oasis.

Needless to say, as soon as I went indoors, two pairs of Goldfinches arrived, but not the Greater Spotted Woodpecker who is often to be seen on the peanuts.  We’ve also had Long Tailed Tits who were charming.  The Greenfinches are highly aggressive and bad tempered.