We joined the Berkshire branch Cambridge Society for its 7th and our 5th annual weekend, held this year in Derbyshire.  The event is always a good chance to catch up with people, an inspiration to flagging grey matter and a challenge to stamina.  It was, as usual, brilliantly organized by the dedicated few (Catherine, Peter, Rob and Ann amongst others) and they had laid on the sunshine, too.

We started on Friday in a leisurely manner at Bolsover Castle with our own private “journey to heaven” through the Little Castle.  It culminated in two staggering painted ceilings depicting disparate views of heaven.  Other highlights some 17th-century wall paintings which continued the vaulted ceilings of one room, totally defying the idea of how much people did not understand, nor could paint, perspective.  Outside, there was a highly unexpected 17th-century indoor riding school and a sadly recently vandalized, slightly risqué fountain.

Spent the afternoon at Cresswell Crags, a limestone gorge full of caves.  We looked behind the scenes in its museum and enjoyed a tour of one cave and a viewing of pre-historic cave paintings in another.  One painting was a very obvious deer, but others needed more imagination/better eye-sight than we had.

Friday evening saw us wined, beered (Catherine, a bioscience consultant, had persuaded the hotel to lay in a barrel of Old Speckled Hen) and dined in our Matlock Bath hotel.  Afterwards, we were all suitably briefed on the next day’s activities by Catherine and the local geology by Peter.

Saturday, we were at Ilam Hall where we chose to go on a 12-mile walk following the Manifold river, across the top and back down to Ilam via the lovely Dovedale, where we could admire Early Purple orchids.  We stopped at a cave and at a pub in Wetton en route and also admired a gorgeous Charolait (or was he a Limousine?) bull at a farm.   Surprisingly, both of us could still move the next day and it was good to be walking in such lovely countryside with so few people about.

An inspiring evening talk by landscape archaeologist Mark Edmonds, while we supped on our Old Speckled Hen or G&Ts, made us realize there was masses more to see in the dales and the peak district.

Sunday we had a walking tour, led by the local jailer, of nearby Cromford village, including the jail, and the Arkwright Mill.  Cromford, a lovely village, was very much built to support the mill and the first Mr Arkwright had used various cunning ploys to entice his workers. 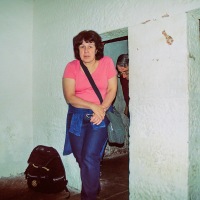 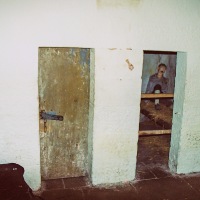 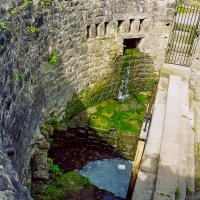 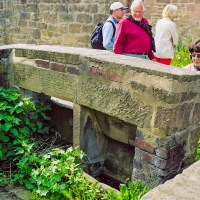 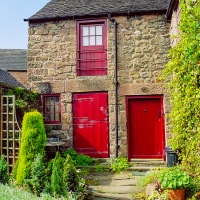 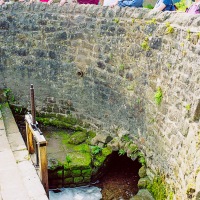 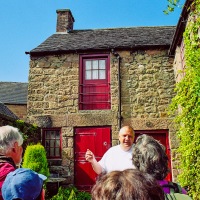 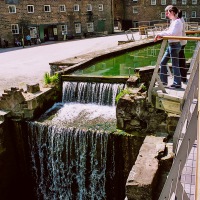 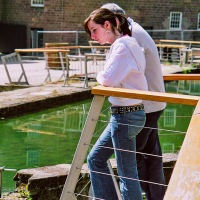 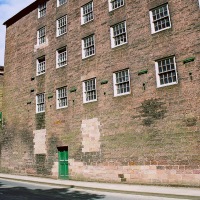 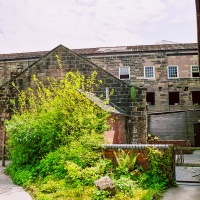 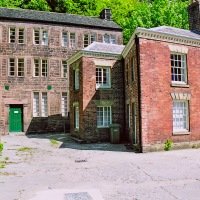 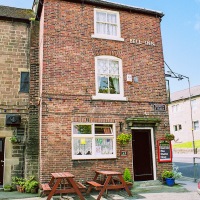 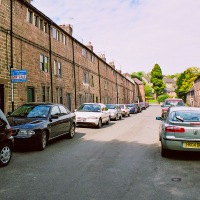 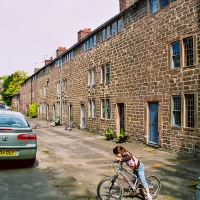 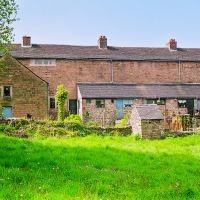 Lead Mine and Station

A brisk walk back to Matlock Bath for a huge buffet lunch and a tour of a lead mine, which was much smaller and less deep than we expected.  We also had a look at the local rail station. Quick pan for fools gold and then a retreat to the car for the drive back home.