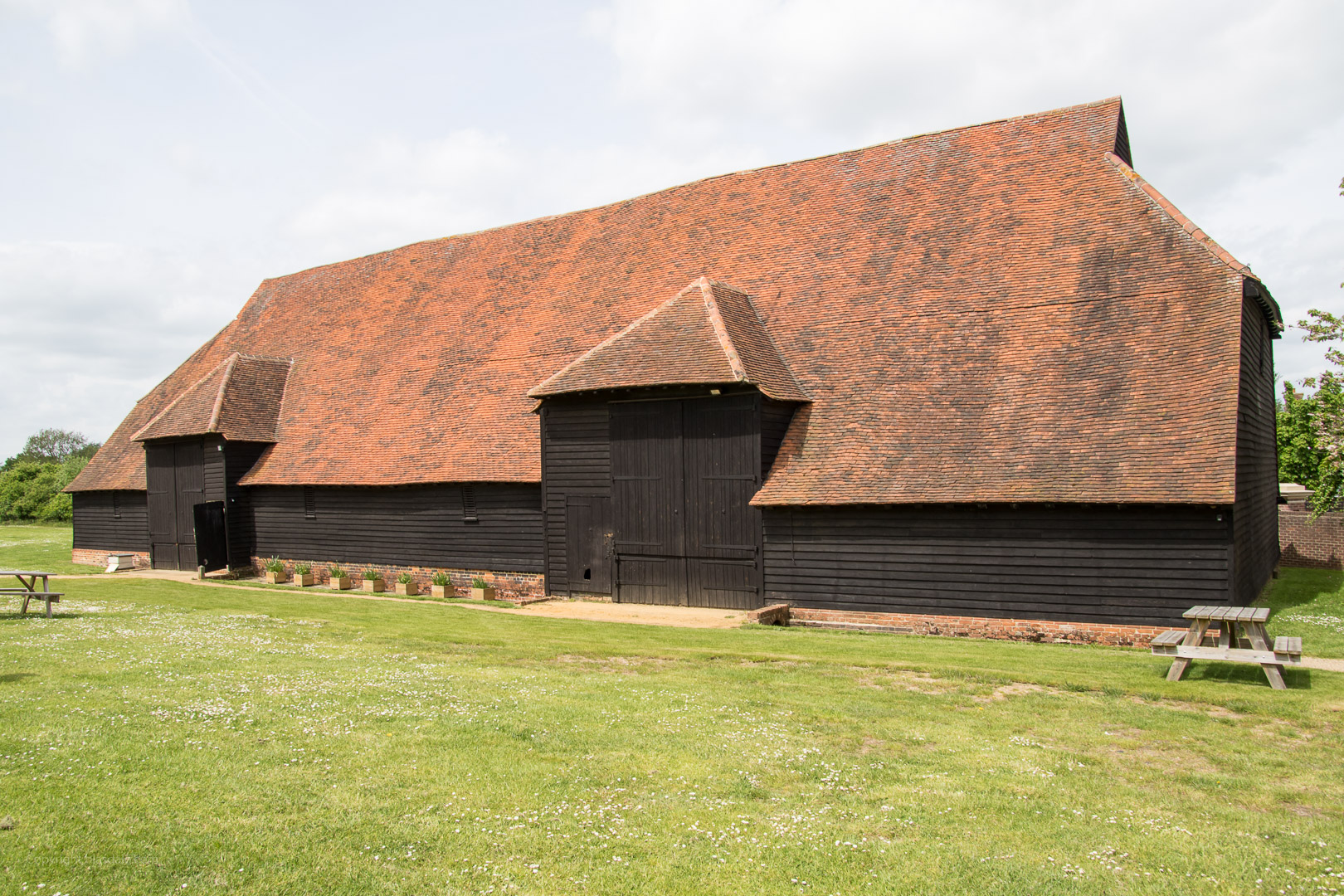 Built to house 600 people, the bunker is  entered through an unobtrusive bungalow. It is now owned by the family from whom the land was originally compulsorily purchased. There were 12 of these bunkers in the UK; probably the best known is in Berkshire at Warren Row, Upper Wargrave, which was visited each Maundy Thursday by the Aldermaston marchers, en route to their Easter rally in Trafalgar Square, but that one is not open to  the public.

Simon Jenkins places Copford Church in his top 100 Churches. It has an outstanding collection of C12th wall paintings. Some  flayed skin is nailed to the entrance door, said to be a marauding Dane’s but more likely some unhappy serf caught stealing. The Church is believed to be the resting place of Bishop Bonner.

John Constable (1776-1837) was born  in nearby East Bergholt, where his studio can be seen and the site of his birthplace.

East Bergholt Church is worth a visit, with a plaque to Constable wife’s family, the family grave and the grave of Willy Lott. The tower was never built due to the death of Cardinal Wolsey and the bells are now housed in a ground level chamber, which is probably unique. His father owned both Flatford and Dedham Mills. Flatford Mill and the River Stour became the inspiration for many of his paintings, the most famous of which are probably ‘The Haywain’ , ‘The Lock’.’The Cornfield’;’The White Horse’ and ’The Stour near Dedham’.  James Morrison of Basildon Park bought  ‘The Lock’ in 1824 for 150gns. It stayed in the Morrison family until 1990 when it was bought by Baron Thyssen and went to Spain. It was sold at Christie’s in 2012 for £22.4m to an anonymous private buyer.

5 mile circular walk to Dedham and back.  Dedham is another pretty Essex village – Dedham Church usually has on display one of only 3 religious paintings by Constable ‘The Ascension’.

Munnings is best known for his paintings of horses but he was an accomplished artist and was official war artist for the Canadians in the 1st World War. The Museum was created by his widow, who was a character in her own right. There is a hilarious film on display of Lady Munnings trying to train her dog to sing.

Walking Tour of Camulodunum (aka Colchester)

Colchester used to be the  capital of Roman Britain. It was sacked by Boudicca in the Iceni rising around 60AD. The castle is built of Roman brick and stone on the  foundations of the Temple of Claudius and the Keep is said to be the  largest  Norman keep in Europe. The Castle, which is now a Museum, has  recently been extensively refurbished.