I have become addicted to the YouTube channel Fully Charged with hosts Robert Llewellyn and Jonny Smith. They talk and review electric cars and discuss renewable energy. Yes, there are lots of reviews of cars, because so many manufacturers are now launching them. Robert desires to talk more about renewables for the home. One interesting recent review was about a Norwegian car and truck ferry which is now powered by electricity. When it enters port it plugs in and takes on electricity. Normally charging for 7-9 minutes.

So today we went to Silverstone to see the show. Lots of cars on show, as well as solar panels, batteries and wind generators to power your home. There were talks, which I didn’t go to, but probably should have done. Well, we did see the opening talk by the Fully Charged team, and then an interview with a design person from the company Rivian, which is launching a super pickup truck which is on my want list.

The day was very wet, so the outside stands had to be visited in the dry spells. I did get into a BMW i8 which was a lovely car. Managed to find the correct buttons to get out, and haul my self out with the aid of a handle on the gullwing doors. R said I could not have one. I also tried the electric scooters. Really fun to whizz along, but not practical where we live with the huge Buckinghamshire potholes.

We left the show, and rode back to the carpark in a Tesla S. The Tesla Owners Club had provided 150 cars with their drivers to ferry visitors between the carpark and the show. Not an inconsiderable distance. Money was thrown into a charity bucket. 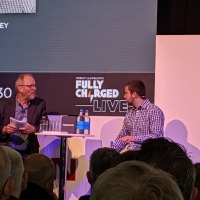 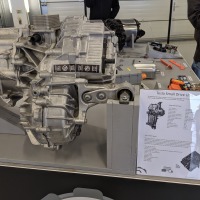 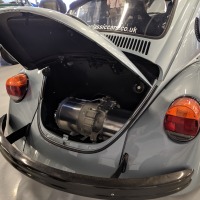 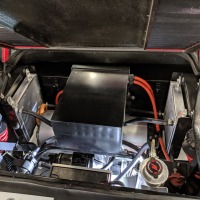 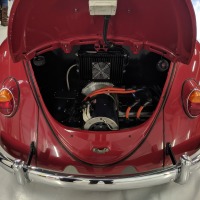 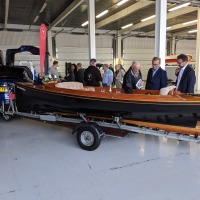 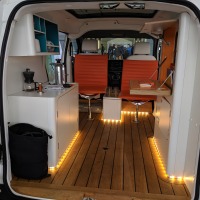 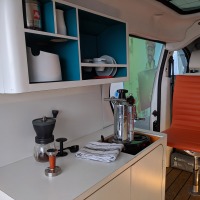 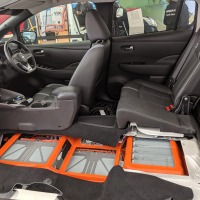 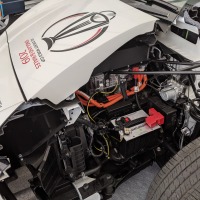 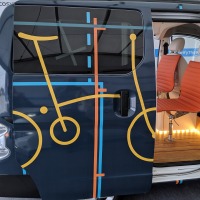 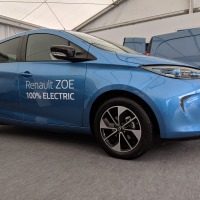 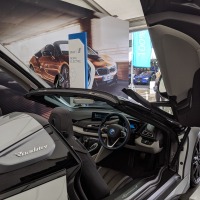 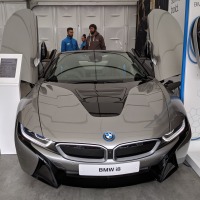 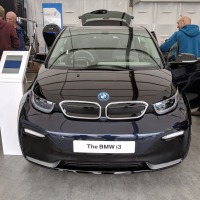 Visited the Ludgershall Village fete held at the Old Rectory.  The weather turned out reasonable, so I was able to site outside and eat my promised cream tea.  We spent quite a time there, exploring the gardens and woods which back on to the Marylebone / Birmingham Snow Hill line.  The vegetable garden is pristine, no weeds, neatly tilled and presumably no rabbits.  There were also a number of vintage cars and vintage tractors.  Jim was doing tractor rides around the gardens.