That was it. Glastonbury was over. We showered, packed up and The Love Fields at 7 am in the morning. Stopped off for a Costa and arrived home.

Ravi and Simon stayed over, so we entertained them to some local village life. The Ludgershall Bike Night. Thousand of bikes parked up in the village from 6 to 9. Stalls selling beer, fish and chips, burgers were doing a roaring trade. We opted for the pig roast which was run by a local Kingswood man. Was accosted by the Air Ambulance, who saw we had been to Glastonbury and then talked at great length about the event.

There was a fabulous American truck unit on display. Rosemary saw it pass our house that evening. The event earns money for the Air Ambulance and other charities. 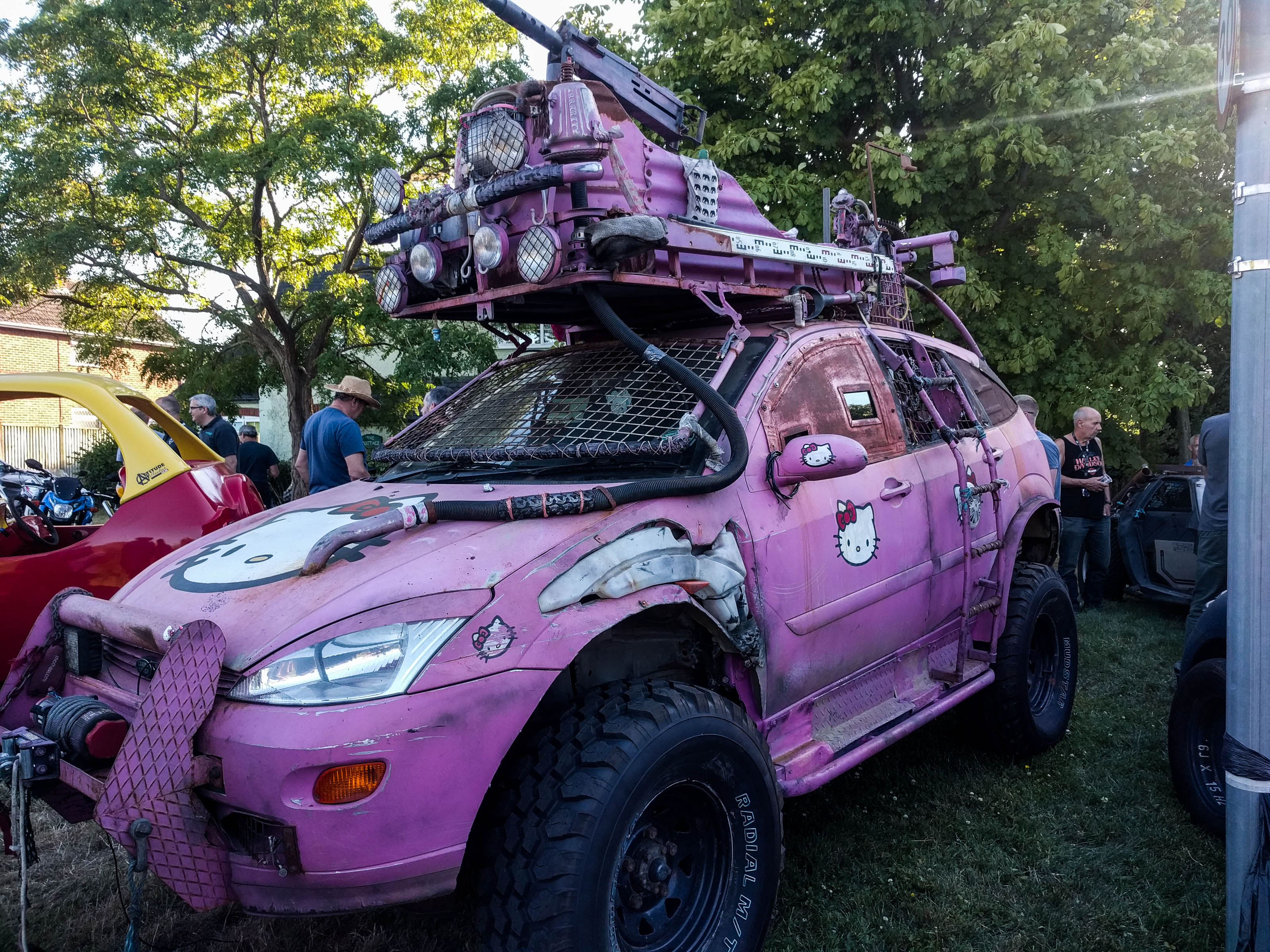 It was bike night at Ludgershall again. Lovely warm, dry, sunny evening for the event. As is usual, a thousand or so bikes turned up for the event. Various bars, fish and chip stands and hog roasts materialised to keep us fed. As well as motorbikes, new and vintage, there were quite a few other vintage vehicles and some Steam Punk.

Monday was Ludgershall Bike Night.  We arrived after shortly after seven with friends and parked (our car) on the verge.  There were still a few bikes arriving when we arrived.  Our friends, who used to be bikers, were amazed at the number and variety of bikes, from modern to vintage.  My pictures are mainly of Harleys, because I wanted to email some pictures to another friend, Jon.

There were various stands there, including the Oxfordshire BMW owners club, fish and chip vans, burger vans, a bar and hog roast.  The event is short because most bikers like to leave in day light.