Garden Bunny
The most fearless wild rabbit I have ever come across!

The last few days have seen rain, and more rain. The field was totally flooded. The field pond went from empty to full in the course of a couple of days. The leaking garden pond is almost full. Not seen such high levels for years. This rain has added to a water main leaking outside one of our neighbours since at least March. I did wonder why one of our field gateways had been damp during the summer. The water apparently flowed to her ménage, which is well drained, and then through the ménage land-drains to the gateway. Thankfully Thames Water have at last fixed the leak. This though is worthy of its own story.

The rain has again attracted the Little Egret, and flocks of gulls, who suddenly descend on the field as if it were the seashore. If I wanted a house by the sea I would not have bought a house which is probably as far away from the coast as you can get in the UK. Not only do we have these coastal birds visiting us, we now have Garden Bunny. Such a fearless animal sitting eating our grass for most of the day, totally ignoring us as we walk around the house & garden, and the tractor which came into the garden to cut the hedges. One worry is that Rosemary saw some baby bunnies the other day.

By chance we saw the International Space Station fly over us on Sunday night. On the Monday and Tuesday I took to taking photographs of it. The first ones taken on Monday were short 30 second exposures. The last photograph taken on Tuesday at 23.45 was for the full duration of the visible portion of the flight. Unfortunately camera was not pointing quite the correct way, so we don’t see it fade out. 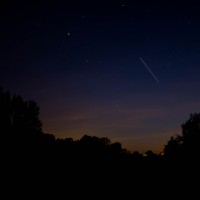 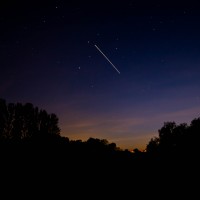 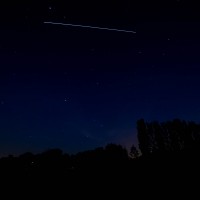 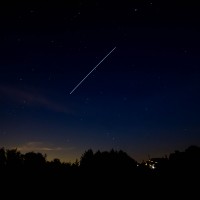 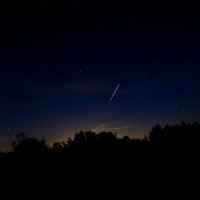 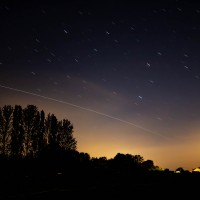 A walk through Ham Wood and then back up to Grendon Underwood and across the fields home. The sun was setting, so some warm images. The Spring flowers were over, so what remained of the flowers were a bit straggly, though they still looked nice.

Sitting at home, outside, drinking our G&Ts, you must have your camera at the ready. There is the Heron visiting our neighbours’ pond. There it is sitting looking ungainly at the top of a tree. The greenfinches, constantly fighting, and the young bird being looked after by its parents. All of this in view while you are sipping your Gin and Tonic. 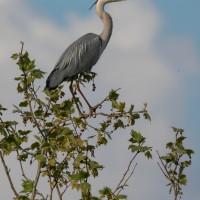 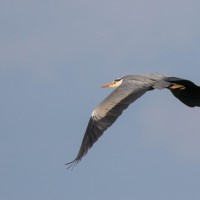 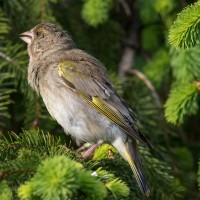 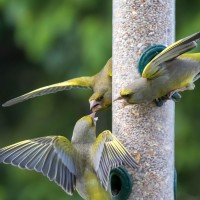 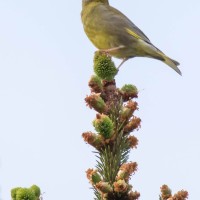 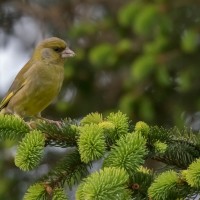 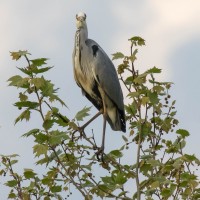