Rosemary and I visited Valerie and Norman in Leicester, staying the night. Rosemary was persuaded to walk around the Botanical Garden, something I have already done. This time we entered the cactus hothouse to see some fabulous specimens. The sculptures in the garden intrigue me.

Ravi and Simon arrived for a pub lunch at the Cradock Arms. The place was heaving and we were lucky to be able to park. The pub was the start and end points of a club’s monthly walk trip. We all departed and went our own way after lunch.

Last day at the Folk Festival. I was on my own most of Sunday. Richard and Andrea appeared after visiting Simon’s brother’s garden. Though we did separate again as my musical taste was different from their’s. Was a good day with a couple of bands I really enjoyed, Imarhan from Algeria playing some Desert Rock, and Jimmy Reed playing the blues.

“Roo Panes “has been described by Uncut as a ‘Britfolk pin-up’”. A bit too folky for me.

“Folk music’s legendary triumvirate of musical magpies Mike McGoldrick, John Doyle and John McCusker are out on the road again in 2019. As winter turns to spring Mike, John & John will wrap up their stint on Transatlantic Sessions for another year and bring you their own blend of top-class folk songs, tunes and charming bonhomie.”  Again, a bit on the folky side for me.

Imarhan is an Algerian Tuareg desert rock quintet formed in 2006, in Tamanrasset, Algeria. Their first and eponymous album was released on German record label City Slang in 2016. I loved their music, they were on a tour of the world.

“Storytelling is something of a Texas tradition. Tall hats and even taller tales are woven into the fabric of The Lone Star State, and singer-songwriter, Jarrod Dickenson can spin a yarn with the best of them. Hailing from Waco, now based in Nashville via Brooklyn, Dickenson spends most of his time on the road bringing his own particular brand of soulful Americana to a wide variety of music-loving audiences around the globe.”

Next on was Lil’ Jimmy Reed, playing the blues. One of the original Louisiana bluesmen. At 80 years old he navigated the steps on and off stage with dexterity. He was accompanied by Bob Hall and Bob’s wife Hilary Blythe playing bass. Excellent!!

“Bound together by lifelong friendship and shared experience for more than 25 years, The Fisherman’s Friends met on the Platt (harbour) in their native Port Isaac to raise money for charity, singing the traditional songs of the sea handed down to them by their forefathers.”

Months ago I purchased tickets for Rosemary and I to attend the Cambridge Folk Festival. Not my type of festival, but persuaded by Ravi. The Sadgits were going to be attending!

I arrived at the Cambridge Folk Festival in Morrison sans Rosemary. Rosemary had been festivalled out (and the builders were in)! The campsite was at Coldhams Common located on some playing fields. The site was well marked out with whitewash lines indicating roads, parking and camping. I was shown a lovely spot to park Morrison, right on the edge of the site. Met my neighbours who were a friendly bunch. They immediately showed me their van. They lived in Richmond and were becoming concerned about the Ultra Low Emissions Zone and their diesel campervan. The neighbour on the other side was a single male, a little older than me, who apparently spent a large proportion of his life in his campervan. Loos and showers available, although there were often 10-15 minute queues for the showers.

At the festival site, I had a quick explore. There was the main arena with several stages, outside of the arena there are were a few other stages and event spaces. During the whole weekend, I saw only one event outside and that was a talk by Extinction Rebellion.

In the main site, there were several food outlets, including one I had seen at Latitude. The main beer sold was Otter with a few guest beers, and there was Pims on tap. Standard recycled plastic beakers for a £2 deposit were in use. Should have taken up the offer of a limited edition Cambridge Folk Festival beer tankard.

Didn’t see too much today, not much was on, as it didn’t really start until the evening. Watched Ben Caplan. Looking forward to seeing him again on Friday (I have a video of him from then). Met up with some of the SadGits, Ravi and Jo (honorary SadGit), Richard and Andrea and consumed a few beers before watching the highlight of the evening, Ralph McTell.

We drove over to Leicester to stay for the weekend with Norman and Valerie. Richard and Andrea also stayed over. They had been visiting Leicester to see a preacher being installed into his new church in Leicester. Saturday we visited the Cradock Arms for a beer, and then walked back home. We saw the new garden shed, Valerie’s pride and joy.

Evening arrived, with Richard and Andrea duly arriving for supper after the church service.

Sunday after breakfast, the men plus Andrea, went for a walk around the University of Leicester Botanic Garden. Afterwards, we all visited the Lansdowne for a traditional English Sunday Roast. Well at least the men stayed with tradition, the women failed to follow tradition and ate off the standard menu. 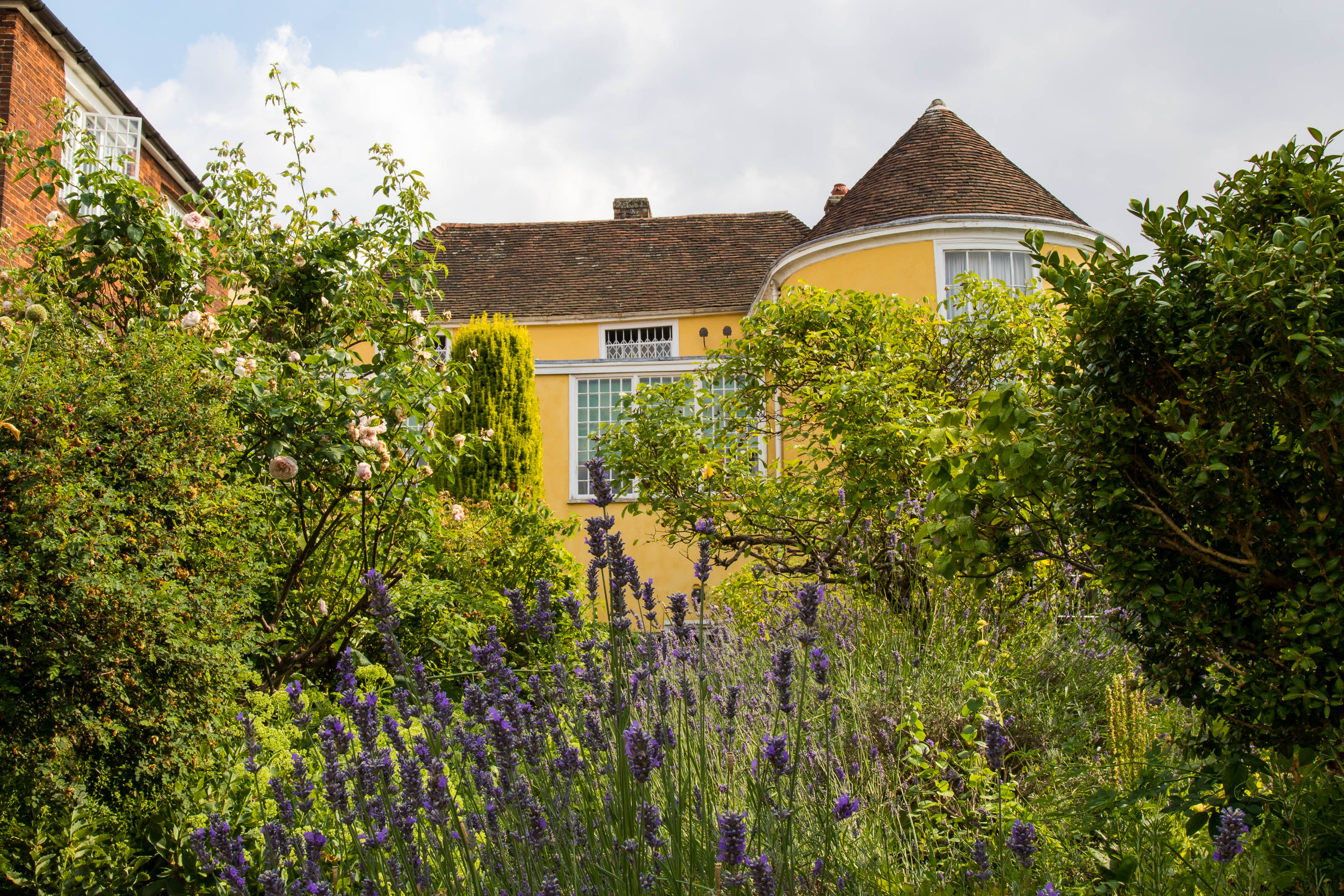 We visited Richard and Andrea at their home in Great Saling. We walked around Sudbury and visited Gainsborough’s House to see the many portraits & landscapes painted by this artist. Many were donated by families paying off their inheritance taxes. We even purchased a new frying pan for use on our portable induction hob.

In the evening, driving to our supper destination, we were alarmed to encounter fire-engines racing off to a shout, which was a parched, harvested field, up in smoke. Our evening meal should have been in a community-owned pub, but sadly, it was boarded up & for sale. Instead we ate in The Finchingfield Lion. We’d visited the same pub a few years ago to see the Tour de France procession go past.

The next day we walk around the Salings, taking photographs of some of the many interesting houses.  Andrea whipped up a delicious salad lunch. The afternoon proved too hot to do much else, other than sit in the garden.